Previously  I reviewed the Vector Optics Mustang shortdot scope (spanish), and on this occasion the items will be two handguards. As it was said multiple times, Vector Optics is a Chinese manufacturer with a good quality because their products are designed to be used on real firearms. 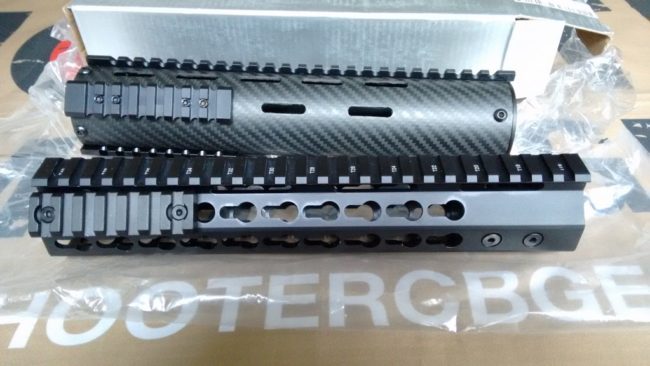 Both handguards arrive inside a cardboard box, wrapped on plastic bags and with all required tools to mount them (Allen or Torx wrenches). Carbon fiber harndguard is very lightweight (obviously way more than the KeyMod) even with all rail sections attached. KeyMod handguard comes with two small and detached picatinny sections, and we’ll start our review with this one.

The KeyMod system is a public domain patent designed by VLTOR as a replacement for the picatinny standard. It’s one of the two main modular standards (the other one being M-Lock) and named after the keyhole shaped attachment points. It’s goal is to reduce handguard weight and profile by eliminating all picatinny (except the top rail) and placing rail sections only where we need them. Vector Optics specifies a 395 grams weight for this 10″ length.

How does KeyMod system work? 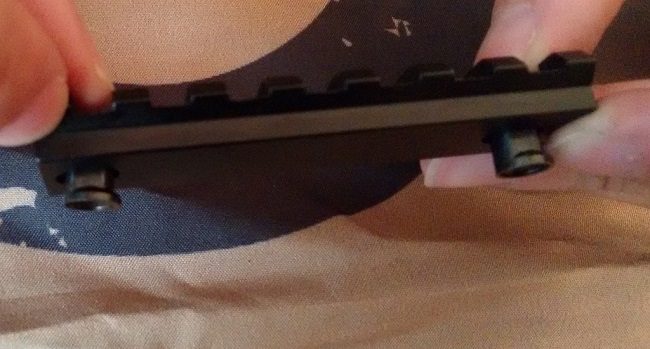 All KeyMod accessories include at least one attachment which can only be mounted one way only, with indent facing forward. Said indents are screwed into Allens. Tighten enough so the indent doesn’t rotate freely, but loosen enough that we can insert the accessory into the keyholes and slide forward. Then we just fully tighten the allen to lock it in position. It’s a simple and quick system. 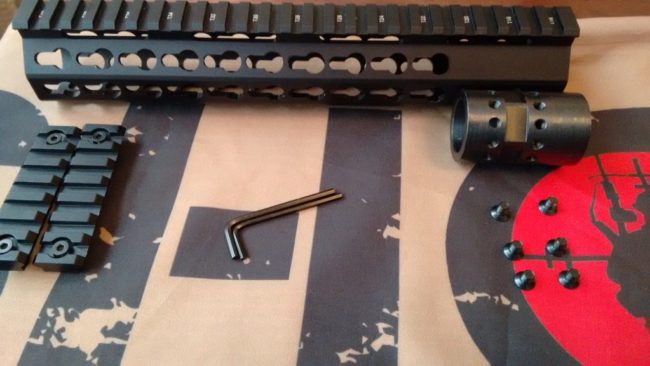 Vector Optics KeyMod handguard has an octagonal shape, featuring a full picatinny top rail and KeyMod holes on the remaining 7 faces. Because of that picatinny top rail on the 2 o’clock and 11 o’clock positions we’ll only be able to mount KeyMod accessories. 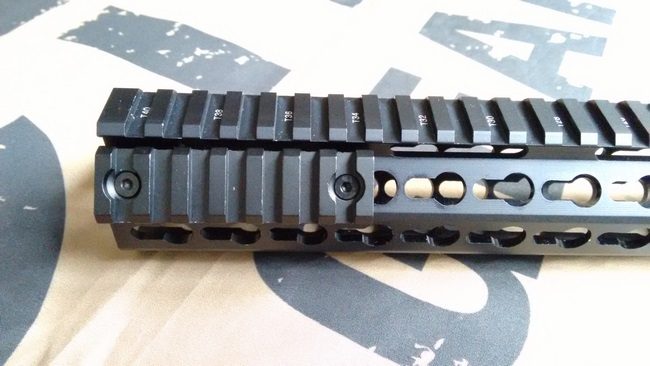 While picatinny sections can be attached, they’re so close to the upper rail there’s no room for mounting anything on the section.

Handguard is made of mechanized aluminum and its finish seems to be paint instead of anodizing.

Vector Optics chose not to include any attachment for QD sling swivels, nor the keyholes admit them. Low-cost option will be to knot some paracord. 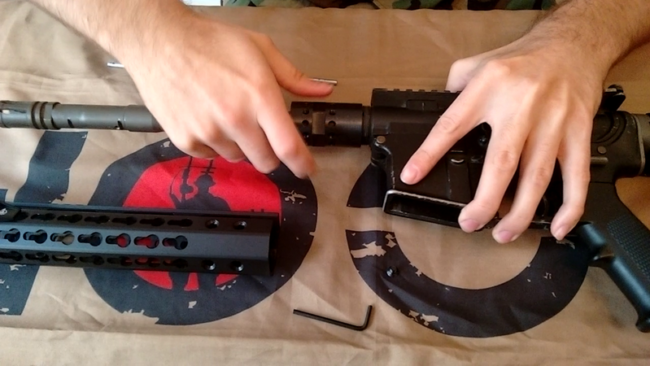 Installing this handguard is easy. First insert the barrel nut and fully tighten it. It would be nice that all Vector Optics rails included some washers as the 12 inch model does. Like I said in the beginning it’s a firearm accessory and therefore barrel nut can only be installed on brands with real steel threading like WE, Systema, Celcius, maybe Inokatsu and Western Arms. 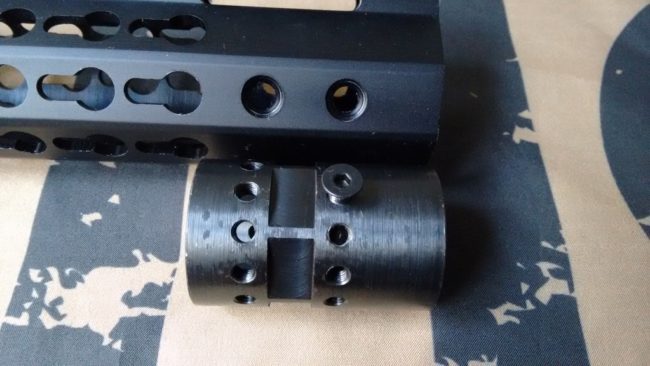 The the handguard is attached to the barrel nut by 6 Allen screws. Barrel nut has multiple screw holes so we can tighten it and still be able to align the handguard with the upper receiver without trouble.

While I was installing it, I though it lacks something that keeps it on place (other than the gas block and tube) instead of only relying on how strong we tighten it.

This is the KeyMod handguard on a WE M4 CQBr. The slimier profile feels comfortable while grabbing the rifle.

Speaking of KeyMod accesories, everything on the military world that is expensive delicate will be placed on the upper rail (An/Peq, NVG or thermal scopes) and the accessories using KeyMod system will be cheaper ones like vertical grips, rail sections or flashlight mounts. The latter being most common one to take advantage of all accessories we already have. 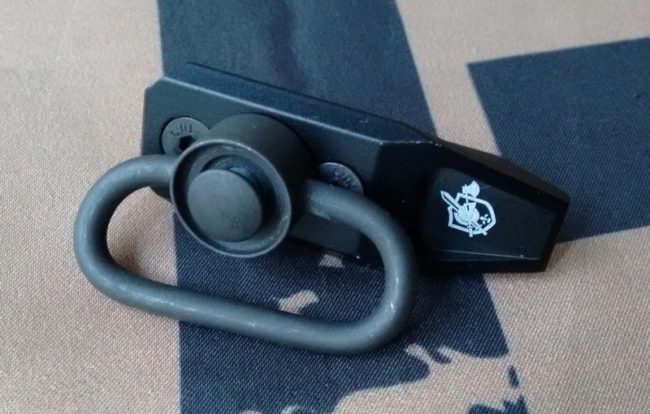 I also ordered some AABB textured panels to improve the grip, but I’m not able to properly install them. It’s like they doesn’t have the proper size, or maybe because they’re flexible.

We move on to the carbon fiber rail, which is truly manufactured on said material, not an imitation water transfer. First thing we noticed is the lightness, weighting only 288 grams. Less than the standard 7″ M4 rail. 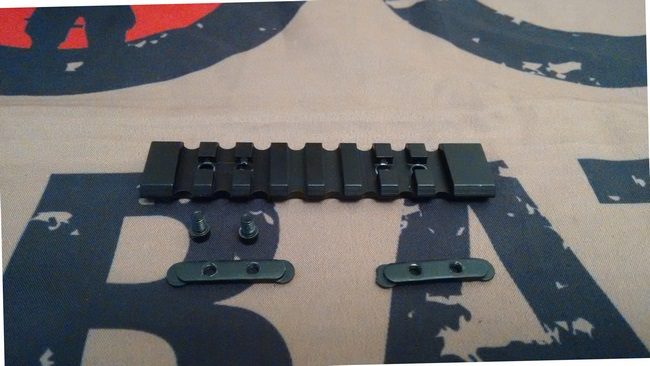 This handguard arrives with 4 picatinny rails already installed, fixed by Torz screws to metal plates on the inside of the handguard. It features mounting points a 2, 3, 6, 9, 10 and 12 o’clock orientations. They’re not designed to be quick-attachment.

I liked a lot that the upper rail can be detached. Allowing us to place only a small section for a flashlight or an An/Peq to reduce weight even more. Plus, turns it into a tubular handguard like JP ones, comfortable to handle.

One of its main features is the increased compatibility because it attaches to the classic barrel nut that all conventional M4A1 rifles use. But it doesn’t include one. 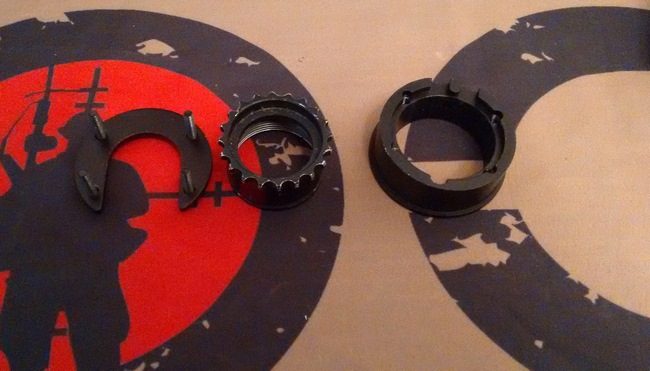 Now we have to mount attach those parts to the barrel nut. Basically it’s imprisoned between them and secured with 4 screws. Don’t block the hole on the upper part, it’s for the gas tube. 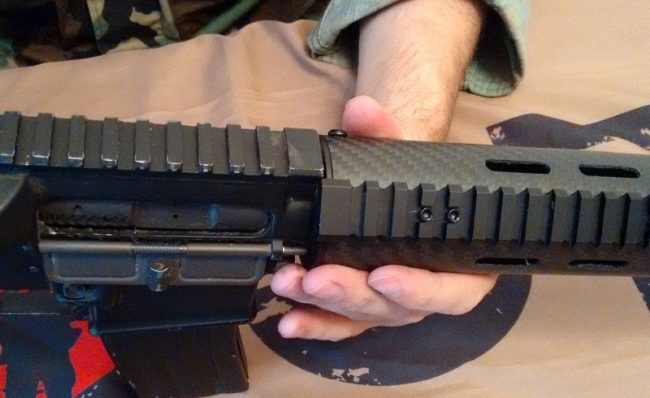 Possible solutions:
-Removing the top rail, but most people want to use it.
-Remove it and then place it backwards. This is the best choice.
-Cut or sand down the rail, I don’t like that because it’s a permanent modification. 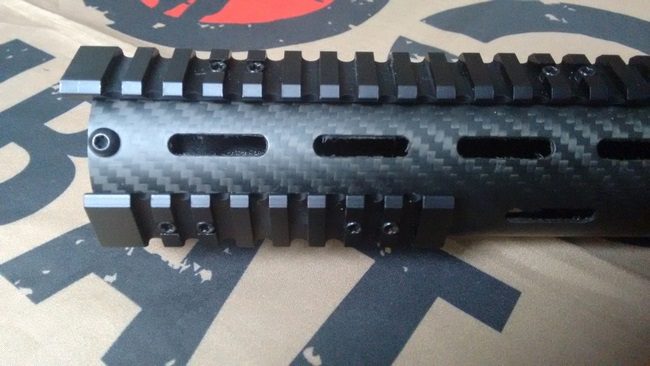 This is a picture after placing the upper rail backwards. That way it protrudes on the front part, over the flash hider, and we’ll have no problem to keep screwing the handguard to tighten it.

Another problem is that the barrel nut set only has 3 screws and so handguard can only be attached to in one orientation. This leaves us with a smaller margin of tightening our handguards because we’ll always have tighten or loose one complete turns to maintain alignment. Once again, flat washers are your best friend.

Both handguard have a length of 10 inches, available too on 12 and 15 inch lengths. Vector Optics is a very interesting manufacturer because of their economic prices (around 60$ for these handguards) considering they’re meant to be used on real guns. And as they’re shock proof they’re resistant enough for airsoft recoil.

I liked the KeyMod one because of the modular design and the reduced volume, two comfort-oriented features that I value more than weight. Things to improve: compatibility, would be nice that Vector Optics offered airsoft barrel nuts, it’s not that difficult or expensive to make. 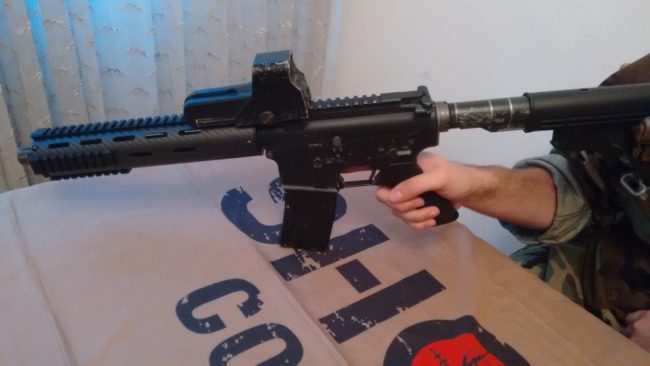 And I liked the carbon fiber handguard because it has a very cheap price when we compare it with the other options on the market, normally over 150$. Vector Optics Carbon fiber handguards weight a 30% than their KeyMod models. Plus, it has an increased compatibility because it uses the barrel nut we already have. Things to improve: the mounting system could be much better because at the moment it forces us to give complete turns while adjusting it. It will also be nice that upper rail matched the hanguard total length and not protruded on any of the sides.

I also think both handguards should include flat washers like the 12 inch model, and so I told to Vector Optics.

Follow this link you can find Vector Optics handguards at ShooterCBGear. 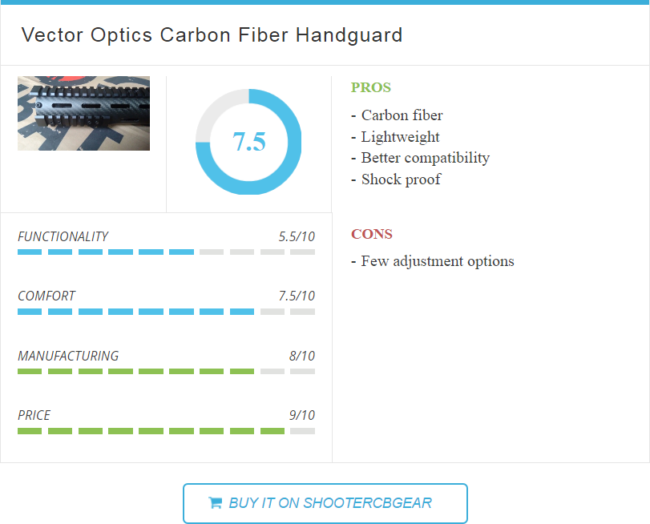