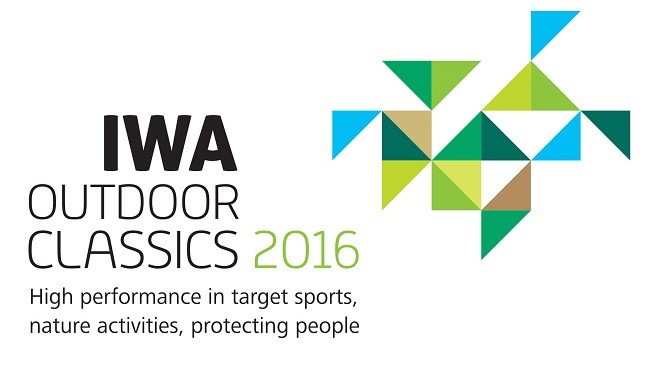 IWA 2016 news! Weekend from March 4th to 6th is held the IWA Outdoor Classics 2016. An european equivalent of the Show Show where multiple firearm, airsoft and gear companies show their next releases. In this post I’ll gather the ones related to our hobby.

Umarex, who owns the licenses of Walther and H&K presentated multiple products from various manufacturers on this video. Apparently their airsoft pistols will be manufactured by Stark Arms brand (Vega Force Company) from now on.

The G28, a semi-automatic sniper file derived from the Hk417, will have a Gas Blowback as we all expected. European retail price is 999€ (about the same price as the AEG version), costly considering the price leap from the HK417. Muzzle energy is 1.6J, 410FPS with 0.20 gr BBs. As happens with HK417 GBB mags, G28 mags will lack dummy rounds. 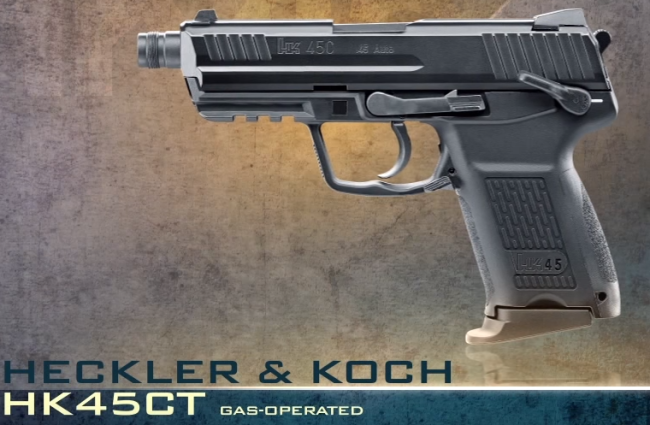 DevGru reenactors are in luck, Stark Arms (Vega Force Company brand for pistols) will manufacture the first replica of the HK45CT pistol (Tokyo Marui replicates the conventional version). Made of polymer (lower frame) and metal (slide), also features a threaded outer barrel for suppressors. Although magazine base isn’t the one used by DevGru’s HK45CT there’s no doubt other manufacturers (maybe even Stark Arms) will release mag extensions (like Ready Fighter does with Glock mags). Plus, extended mag is very convenient for CO2 cartridges.
European retail price is 230€. It’s on pair with Umarex MK23 but it’s also 100€ more than regular Stark Arms price. Will be available on FDE color too.

Umarex already sold a low powered version of the OA15 and now they’re making a GBB one. Manufacturer is unknown for now. 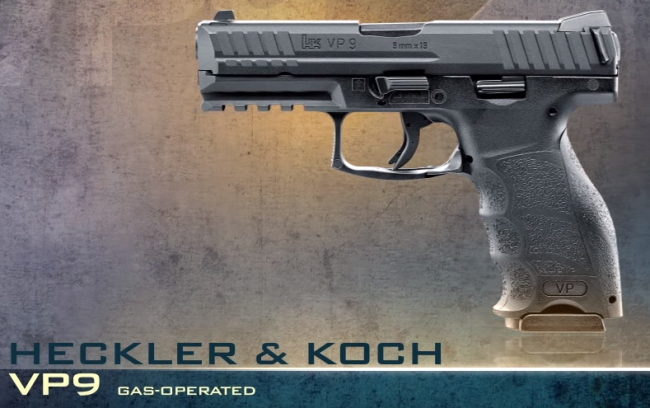 Other pistol show on the video are the VP9 (revealed in 2015) and various Walther PPQ colour options. There are some CO2 pistols, but aren’t usable on airsoft skirmishes due to very high FPS or using 4.5mm BBs. 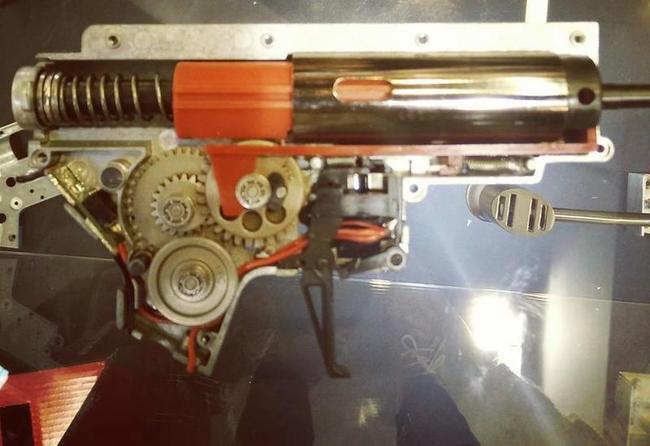 Another very interesting new from Vega Force Company: They’re upgrading their V2 AEG gearboxes again. Picture below shows improvements announced back in 2015. Now they’re including quick-spring change and integrated mosfet (simple, without active brake) as we can see on the upper picture from @AtomAirsoft. Glad to see some manufacurers continue improving their products. That way we won’t have to make multiple aftermarket parts when we buy a gun because the design is 5 years old. 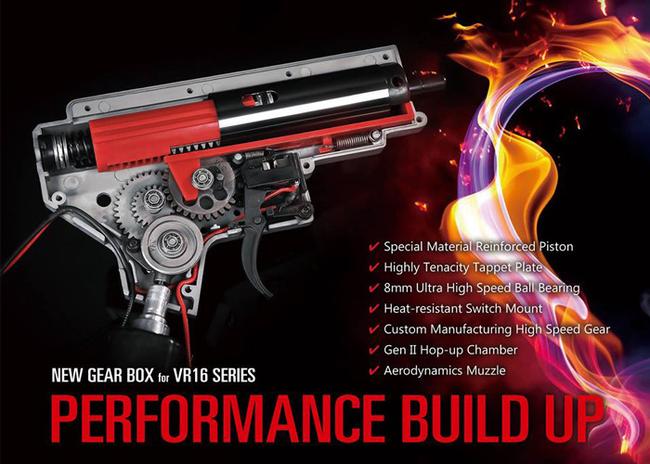 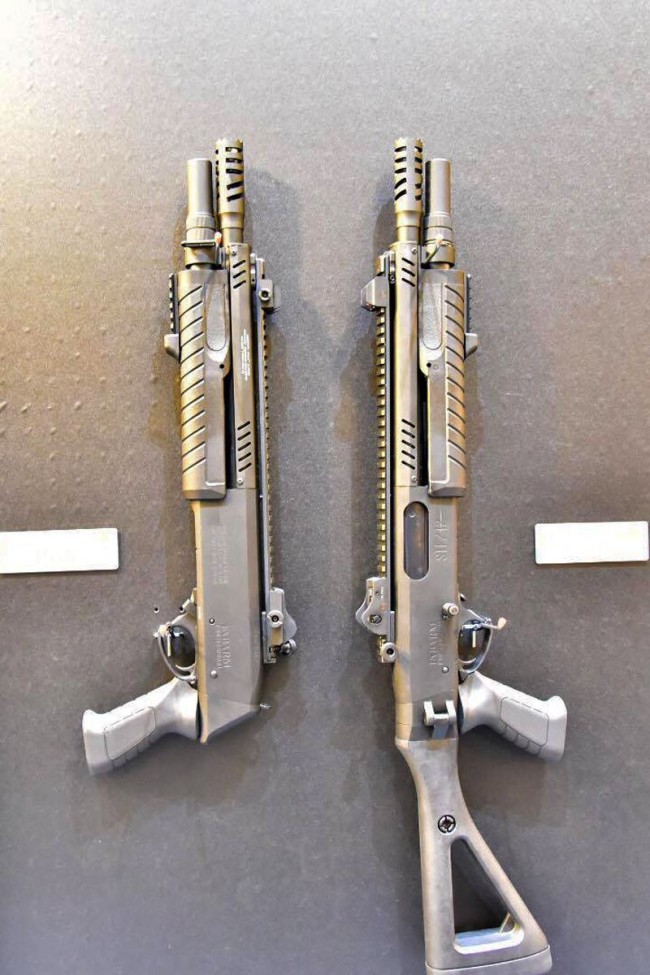 In this IWA 2016 we’ve seen again VFC‘s new shotgun, the FabArms STF12 replica. People who stopped by Vega Force Company booth were told that it was still a prototype, but with high chances to become an actual product of VFC’s catalog. They wan’t make something like Tokyo Marui M870, a shotgun that can actually be used on airsoft skirmishes: tri-shot, pump action, Green gas/CO2 powered and without shell ejecting. Sadly, it would have a fixed hop up and cost around 500€ / 550$.

Wolverine Airsoft prepares a something lot of people would like: Wraith CO2 stock.
It’s an HPA compatible stock tube to replace lines and tanks. Instead of them we’ll use 12gr CO2 cartridges housed on said tube. This eliminates the most unattractive and unrealistic thing on the HPA system. Each cartridge will last approximately 200 shots with SMP engines.

Spanish distribuitor Skyway Technology returns to the IWA 2016 showing some of the products available on their catalog (from Zoxna, Delta Tactics and Duel Code). In this first picture we can see many products from previous year, and a 40mm grenade with a simplified design. 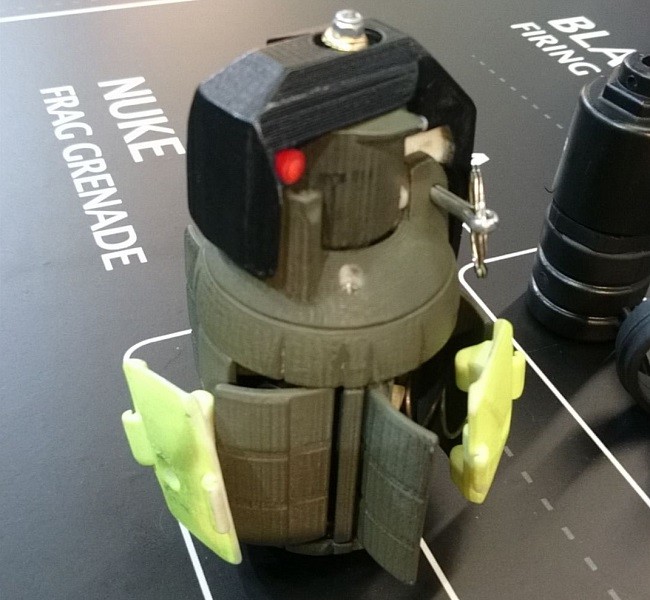 Behing the 40mm we have this Nuke frag grenade. It’s a prototype of a fragmentation with mechanical functioning. It doesn’t use green gas, CO2 or blank rounds but spring to release BBs like classical Claymore mines do. 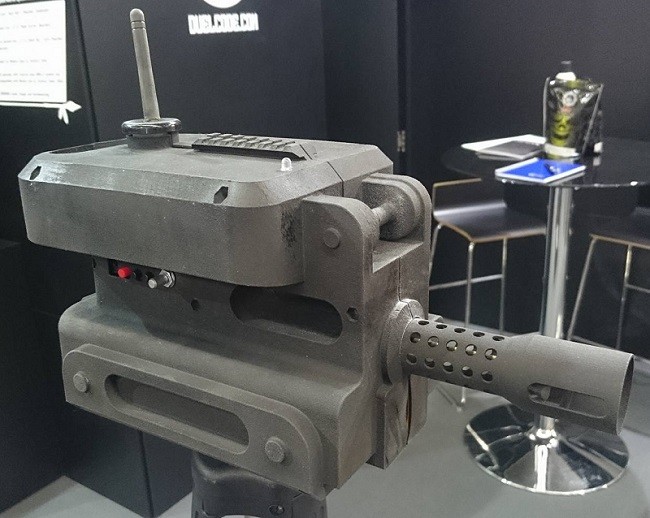 Zoxna’s Sentry Gun recived a big facial change. Now it has a more aggressive look and the actual aspect of a turret. While the Sentry Gun looks bigger than the previous version Skyway says the size is almost the same so it’s still a portable turret.

Probably the most innovative product is the Python Thermal Mask from Nexo Group. A blizzard type googles for airsoft (also resque and firefighting) with two integrated camerias: one normal and one thermal which can be used to make photos and videos. 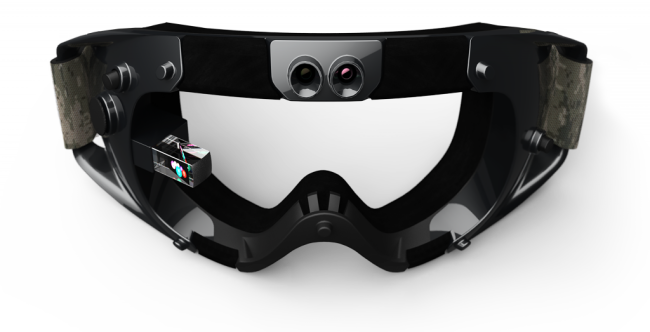 Thermal images are displayed on a prism in front of the right eye with a 800×400 WVGA resolution, equivalent to a 25 inch monitor at 2 meters. It can also show other info like geolocalization of our teammates via GPS (I guess we’ll need to link the Python Mask to our phone for with one of their apps).
Retail price for something with such features won’t be at accessible to everyone, estimated price is between 550 and 650€ (600-700$). 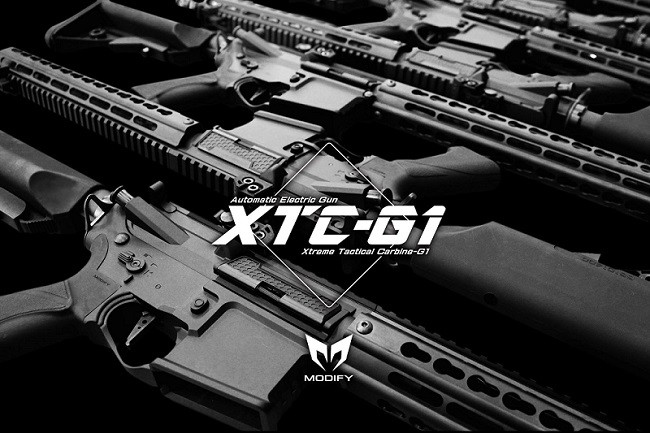 Upgrade parts manufacturer Modify attended to the IWA 2016 to promote their first AEG.  Taking advantage of all developed updrages they decided to go a step further and release the XTC-G1 (Xtrema Tactical Carbine) featuring them. After firing more than 10000 BBs on semi in a time-span of 3 days the XTC works flawlessly and without wear. Externally it’s an AR15 with a civilian look: custom crane stock, ambi selector and 12 inch keymod handguard.

And those are all IWA 2016 news after day 3. We’ll surely see more products on the next days when the media attending to the show have yet to edit their raw material (both photos and videos) and upload their own news.