LCT Airsoft published recently this image where we can see the AS VAL along with various AK rifles. It looks like another AS VAL is on the way so lets talk about what we know.
Manufacturers closing bussiness are always sad news. That’s what happened recently with Zeta Lab going bankrupt and leaving lot of people without desired As Val and VSS Vintorez. 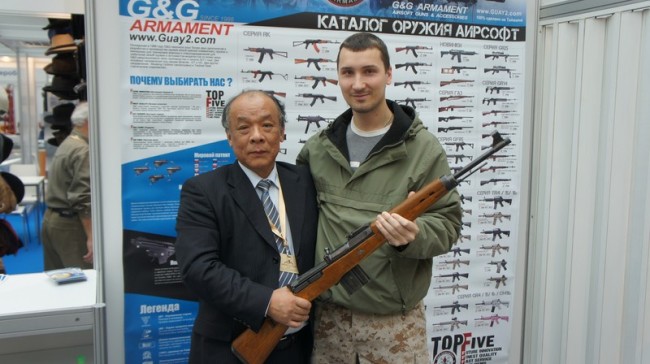 Time before that, we saw this poster from G&G showing future releases of the company. Among them there was VSS Vintorez. Seemed that another company join the cause of russian snipers, but we haven’t seen the Vintorez yet…

And now we have LCT Airsoft, the brand of Kalashnikov replicas (who recently added M4 to their catalog) showed us the previous image with a complete AS VAL. On its bottom says “AS VAL vs. VSS Vintorez”, at first I thought of it being a survey so LCT will know which one we prefer, but after an email they said both of them are under development and additional information will be posted on their website.

Hope in third is the charm and finally these snipers would be available worldwide without paying 700$+ for russian customs.